In the beginning, there was music.

If there is a thread that connects the entire length of our marriage, as well as the couple of years we were together before we were married, it is music. Making it and listening to it. 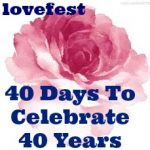 Just a few months before we met, Dave did his first public performance at his high school (Brooklyn Tech) after abandoning the plan to become a professional football player (his not-quite 5’7″ stature had something to do with this abandonment) and setting his sights on a music career. Helene’s vocals led to the two-part harmony that became one of the Van Manens’ trademarks.  We were in love and in love with the songs that fueled our desire to leave NYC…Country Roads by John Denver, Dark Hollow (David Bromberg), and Peaceful Easy Feeling (Eagles). 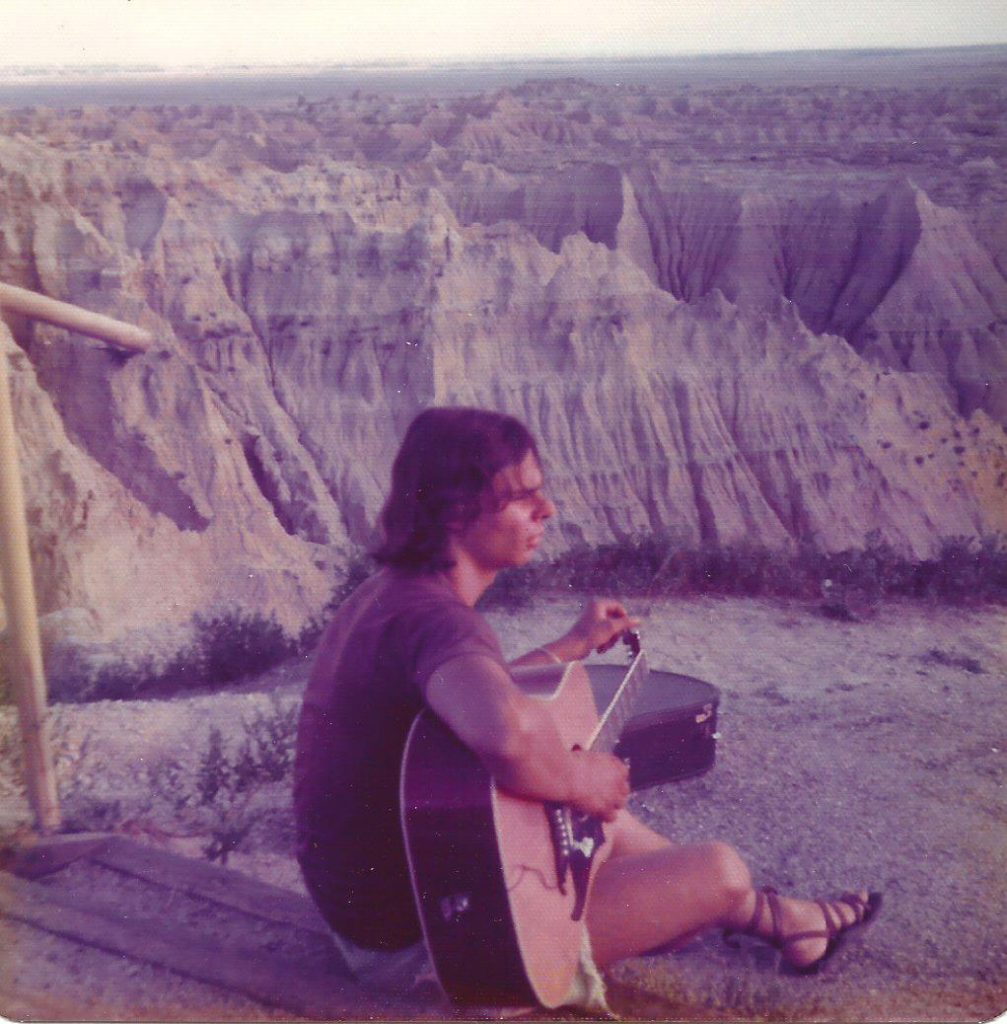 Badlands National Monument in South Dakota, a couple of weeks after we were married.

Along with our friend Tommy Kessler, we made a demo of a few of our songs at A & R Recording Studio, Dave’s place of employment the year before we were married (Paul Simon, Billy Joel, and Judy Collins were among the artists who recorded there that year). The demo didn’t really go anywhere, but it sowed some recording seeds that would eventually germinate.

We were into the Eagles years before they became the super-popular band they later became.

We were lucky to go to some of the best concerts in the early years – Jackson Browne (Capitol Theatre in Passaic, NJ), James Taylor (Carnegie Hall), Eagles (2x at Capitol Theatre, one show 2nd row center, tickets were $5.65 each), and Janis Ian (Central Park). 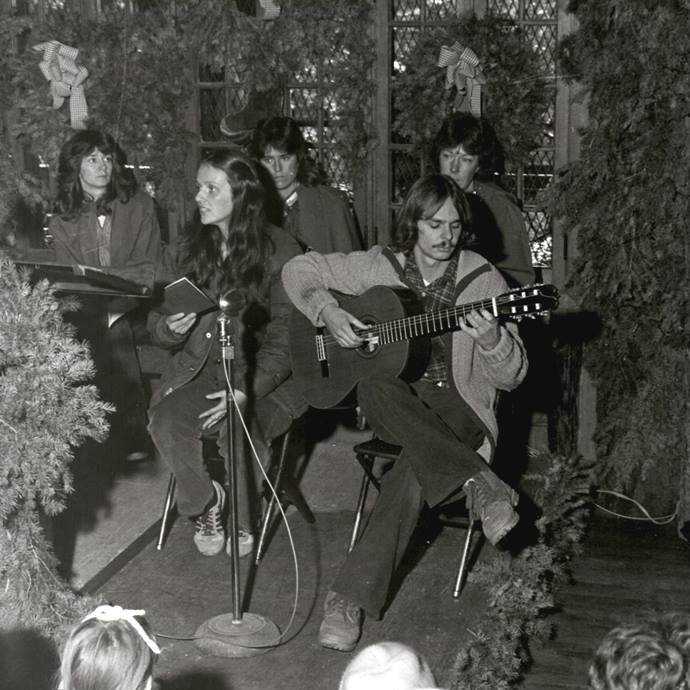 Not long after arriving in Colorado, we spent some time as students in the Music Department at the University of So. Colorado, Dave taught music privately and then at the University, and we were soon singing at weddings. We sang the Wedding Song by Paul Stookey, Follow Me (John Denver), and Longer (Dan Fogelberg) at a whole lot of weddings. We were soon doing music therapy at area hospitals, and our writing music together led us back into the recording studio. 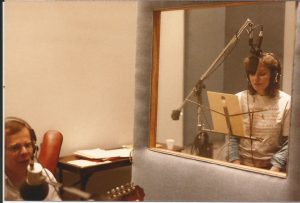 We happily found ourselves drawn to making music for children, which led to traveling throughout the country during the late 80s and the 90s making a living on our songs, including We Recycle, Don’t Whine, I Love My Home… Libraries, schools, church basements, living rooms, parks, peace rallies, festivals – we sang in thousands of places.  Little did we know back then that our music would someday be uploadable through something called “itunes” and that a future generations of children would be singing the songs we wrote for our children and their friends. 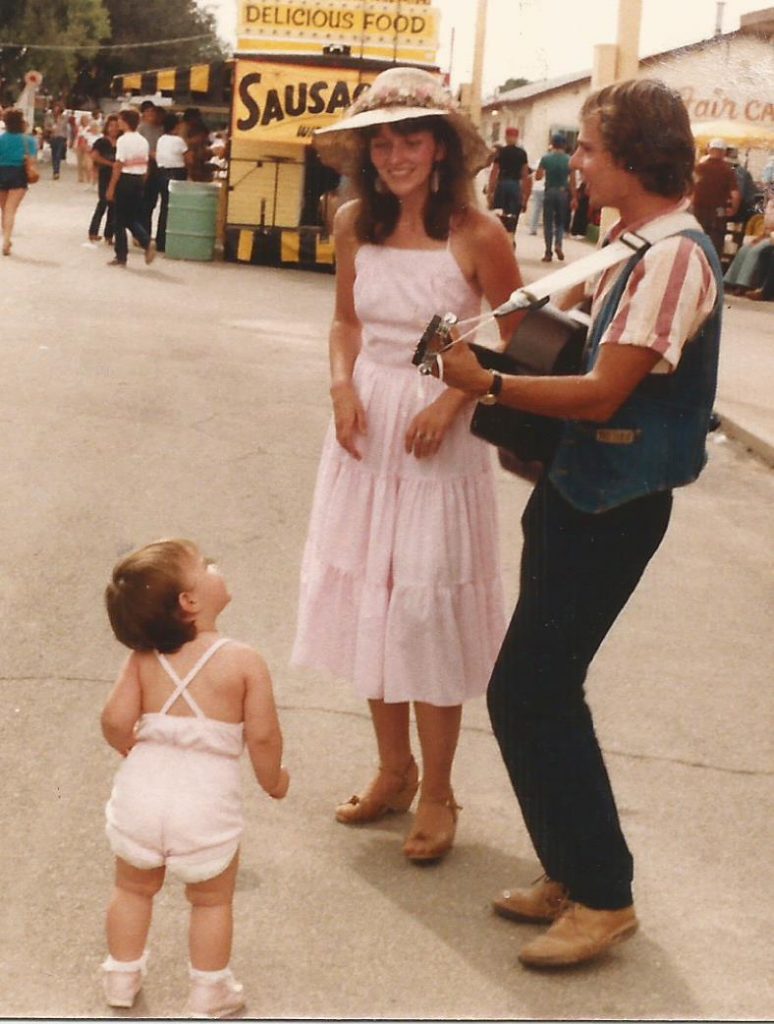 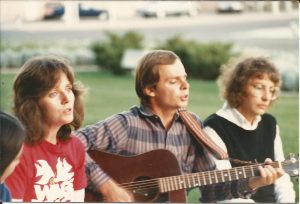 With our lifetime friend Elaine Lopez Pacheco at a peace rally on the lawn outside the Pueblo, CO Courthouse, around 1990.

Paul Simon recorded this song at A&R Studios the year Dave worked there. We love this song!

In 2000, ready to “retire” from the music business, we both launched new careers (Helene as a Coach, Dave opening the Mountain Park Environmental Center). But music continues to enrich our lives and nurture our connection as we take music into our present day work and play – on hikes, out under the oaks, with children, and into the desert in our ’95 Eurovan. And there is singing in our house most every day.

Our music has taken us a long long way since we first sang together back in the spring of 1974, on a picnic bench in Forest Park, or on the corner of Gates and Seneca where we “hung out.” Music has also moved into the next generations – our kids Sierra and Sequoia played piano, guitar, danced, and they sang on several of our albums and performed with us when they accompanied us on our tours. And now our grandkids play a variety of instruments and receive countless lessons in music appreciation and instrument instruction from us.

A deepening of our connection to each other often takes place when we listen to music and, especially, when we make music.

An unspoken clarity rings through us about who we are together, why we are living this life on the planet at this time, and what we are meant to be doing. It  ground us and helps keep things in perspective when the world seems too crazy or is moving too fast.

Most days you will find a well-played guitar taking a break on the couch, or the Beatles or Bach or David Wilcox filling the air, or the sounds of a uke coming from the back deck, or one or both of us  irresistibly dancing to the B-52s.  It’s a wonderful musical life! 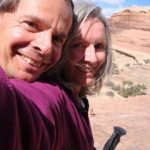 Dave and Helene Van Manen found each other as teenagers in their New York neighborhoods, left for Colorado and let love carry them as they grew up together. Today they are reaping the joys of decades of loving and learning together.

Get Our Snappy News! 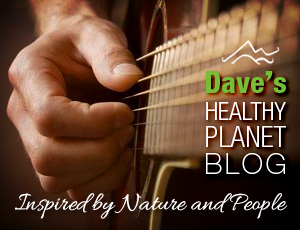 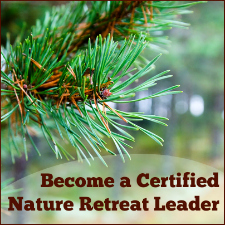 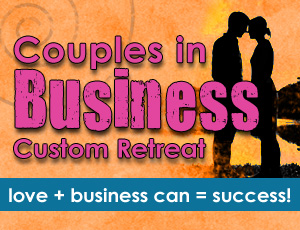 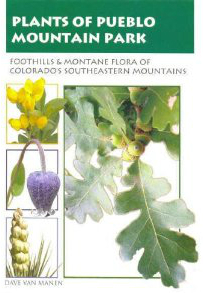