The clock is ticking. According to the Bulletin of Atomic Scientists’ Doomsday Clock, “a universally recognized indicator of the world’s vulnerability to catastrophe,” the clock is the closest it’s ever been to doomsday (https://thebulletin.org/timeline).  This looming doomsday has me comparing today’s chaotic politics and other challenges to another tumultuous time in our history, the 1960s. I got my start in this world during the Eisenhower presidency, and started becoming aware of the larger world around me during that iconic decade. I often find myself asking, “Is all this craziness new, or have we been here before?”

Just as it was in the 60s, war is a dominant facet of today’s world. Today, it’s Afghanistan, Syria and vicinity. When I 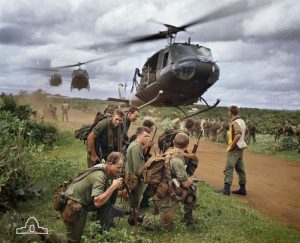 was approaching my teens, it was Viet Nam: print and television images, protests, older brothers    getting drafted and killed, and as the 60s slipped into the 70s, the possibility of winding up in Viet Nam myself (the war ended just as I hit draft age).

With North Korea’s current development of nuclear weapons, coupled with the war of words between Trump and Kim Jong-un, some say that this is the closest we’ve been to a nuclear exchange since the 1962 Cuban Missile Crisis. I was too young then to know it, but had it not been for Kennedy and Khrushchev reaching a diplomatic resolution to a nuclear war that appeared imminent, my life may very well have been cut short, along with much of the rest of the planet’s life. 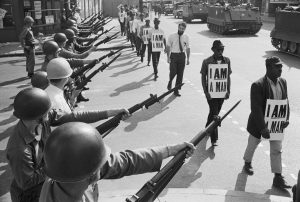 Today’s MeToo and Black Lives Matter movements can be likened to the Women’s and Civil Rights movements of the 60s and 70s. Likewise, lines can be drawn connecting the 1969 Stonewall riots, which brought the Gay Rights movement into the mainstream, to the recent Supreme Court ruling giving same-sex couples the Constitutional right to marry.

Then there are the current investigations into the Trump campaign’s alleged collusion with Russia and his subsequent obstruction of justice. The similarities between this drama and the whole Nixon/Watergate affair are downright eerie. Trump tweets, “This is the single greatest witch hunt of a politician in American history!” Nixon and company called the Watergate hearings a “political witch hunt.” Nixon fired special prosecutor Archibald Cox. Will Trump fire special counsel Robert Mueller? Once again, we are hearing the phrase “constitutional crisis.”

Names and details may be different, but there certainly are parallels between the 1960s and today. It can be argued 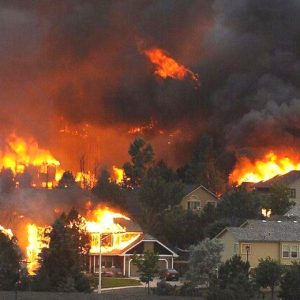 that we survived that tumultuous time, so we will survive the current chaos as well. But there is one very significant difference between then and now. Although it was already on the rise back then, the increased level of atmospheric carbon dioxide, a potent greenhouse gas, was not yet playing havoc on the planet’s climate. Human activity, mainly the burning of fossil fuels, increased global CO2 levels from around 275ppm in the mid-1700s to a bit over 300ppm at the time of the Cuban Missile Crisis. In January 2018, when Trump tweeted about having a “bigger and more powerful” nuclear button then Kim Jong-un’s, atmospheric CO2 was at 408ppm. Climate scientists believe that 350ppm is the safe upper limit to avoid catastrophic climate change. It rises still!

Despite the similar political and cultural upheavals between the 1960s and today, we are now living on a different planet. Different because of the altered chemistry of the atmosphere and the growing number and intensity of floods, storms, droughts, wildfires and other adversities that this changing atmosphere brings. 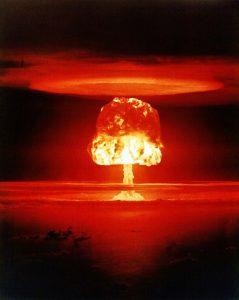 The Doomsday Clock, begun in 1947, originally assessed the likelihood of nuclear war in determining how close we are to midnight, the doomsday hour. Through the years, it has moved closer, and farther, to midnight. Tellingly, in 2007, the Bulletin “concluded that the dangers posed by climate change are nearly as dire as those posed by nuclear weapons.” Hence, nuclear war and now, climate change, are the human-made threats to civilization used to set the Doomsday Clock.

This administration and Congress must act now. Sign the Paris climate 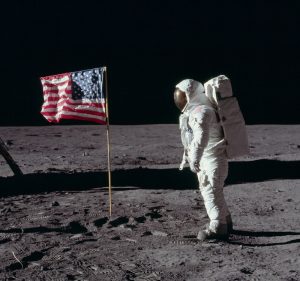 agreement. Give America’s best minds the monumental task of developing a clean-energy economy and getting us off of fossil fuels. Can we do it? The answer might be found in another 1960s comparison, the amazing accomplishment of President Kennedy’s wildly ambitious 1961 goal of landing a man on the moon before the decade was out. Just five months before the end of the decade, we were on the moon.

The clock is ticking!